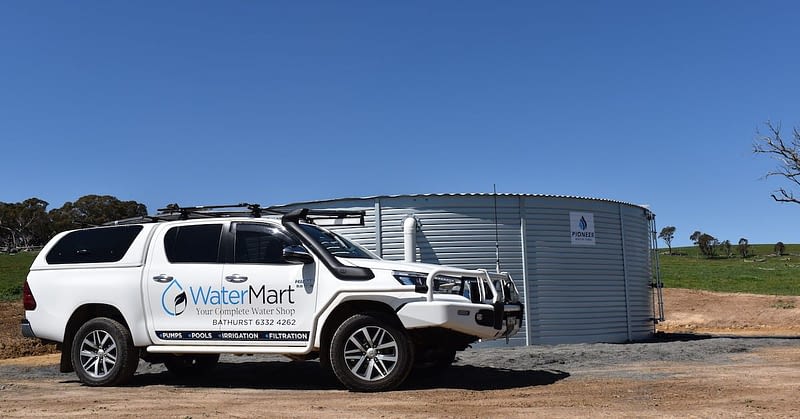 FROM DRIED UP WATER SUPPLY TO A DROUGHT PROOF FUTURE

Raising healthy cattle is no easy task. Especially when keeping them watered is dependent on mother nature filing their troughs with rain water season after season.

Nick Chambers, who runs a cattle property at Moorilda, was on the brink of pursuing greener pastures (pun intended) after mother nature gave his land and his herd the cold shoulder.

Before a major drought dried up his property’s water supply, he had 16 dams providing abundant water for all of his cows. Once the drought hit Nick’s area, 12 of those dams ran bone dry. He was lucky if the cattle licked up more than a few drops of water on any given day.

To ensure the cattle had enough water and a chance of surviving such an extreme drought, Nick was filling two dams from existing groundwater bores. He was able to make sure the herd was hydrated but knew this solution was archaic and unsustainable. Filling the dams could take all day and his crew had to move cattle through a maze of paddocks to get to their limited water.

With his own long-term quality of life in mind, as well as the cows’ health, Nick gave WaterMart a call.

In no time at all, the highly-trained WaterMart team came out, assessed Nick’s situation, and installed a brand new head tank that runs water through the entire property via a new reticulated water system.

This wasn’t merely a temporary fix to Nick’s problem. WaterMart has protected and enhanced the future of his property and his cattle business.

Instead of relying on heavy rains to fill the dams and water his cows, Nick has a sophisticated system that can fill the troughs in every paddock on the property, even through the harshest, most arid season. And if anything isn’t working properly all he has to do is give the WaterMart team a call to fix it, free of charge.

Within a matter of weeks, taking care of the herd has become significantly easier for Nick.

“It’s a lot less stress related to the water supply! Brad and his team have done an outstanding job designing and installing the new water system. Nothing was too much trouble for the guys, and having maintenance service if we encounter any issues down the track is a big plus for us.”

Whether mother nature gifts Nick’s cattle property with plentiful rains for the next few years or not won’t matter. WaterMart has ensured his cows will be well watered year round, drought or no drought.

Nick has been so impressed that he thinks anyone not taking advantage of WaterMart’s incredible service is making a mistake.

“I highly recommend Brad and the WaterMart team. Their service is great, the staff is hardworking and meticulous with the job they do.”

Don’t suffer the unrelenting stress of living with a water shortage. Waiting for the rains to come and the dams to fill up takes a toll that no hard-working farmer should have to endure.

Our team can give your property the gift of a never-ending water supply and a drought-proof future, just like we did for Nick.

Visit our site and get a quote for our services to your property today!

Not having the amount of dam water and runoff that he needed, Ross came to us wanting a more robust system that would service the